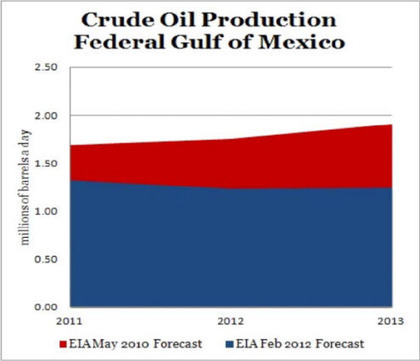 In a rational world, the Federal government would act as a motivated lease owner who was interested in promoting the safe and environmentally responsible…

A little history of the growing push back against an out of control, debt ridden government that cannot bring itself to make rational, economically sensible decisions.

Tigard, OR – In a conversation on Saturday May 5th about Tigard’s initiative to require a vote on light rail expenditures, with Clackamas County activist Lauri Hein, Tigard City Councilwoman Gretchen Buehner said, “You will never get the signatures needed to put it on the ballot.” Buehner added, “If you do manage to get it on the ballot, I will make sure there is a companion measure to stop you.” Hein replied, “The Commissioners tried that in Clackamas County and we still beat them.”

Hein recognized the Cascade Policy Institute has concluded that lightrail is a colossal waste of money for a system that few people use. Noting that Buehner had been trying to get more bus service out to Tigard for 15 years, Hein observes, “If Tri-met doesn’t believe that adding buses would benefit Tigard why on earth would it make sense to sacrifice 99W for new lightrail  lines?”

Art Crino, Chief Petitioner for the Tigard initiative, says, “The purpose of this effort is not to stop realistic transportation planning, but to let the people decide if light rail projects are appropriate when the costs and benefits are presented to a vote.” Crino added, “Councilwoman Buehner’s threat to mislead voters with a competing ballot measure is a ‘we know better’ attitude that demonstrates a complete lack of accountability to, and respect for, the people of the City of Tigard.

Background. Community activists in Southwest Washington County are engaged in a four-pronged effort to require a vote of the people before funds can be expended for any activities related to light rail. They are unhappy with the way TriMet and Metro are focusing on rail systems throughout the region when most voters would rather prioritize road improvements and maintenance.  They intend to put any future use of city resources for light rail up to a public vote.  The activists are tired of politicians treating citizens as obstacles who lack the judgment to make sound decisions about their own communities. Initiative petitions have been filed in four cities: Tigard, Tualatin, King City and Sherwood. In addition to Art Crino in Tigard, other chief petitioners are Aaron Crowley (Tualatin), Billie Reynolds (King City), and Doug Davina (Sherwood).

The loophole is called the Additional Child Tax Credit. It’s a fully-refundable credit of up to $1000 per child, and it’s meant to help working families who have children living at home. Eyewitness News has found many undocumented workers are claiming the tax credit for kids who live in Mexico.

A longtime Indiana tax consultant, who remains anonymous for fear of reprisal, came to 13 Investigates to blow the whistle about this nationwide problem involving illegal aliens who are filing tax returns.

“We’re talking about a multi-billion dollar fraud scheme here that’s taking place and no one is talking about it,” tax preparer said.

The Internal Revenue Service says everyone who is employed in the United States, even those who are working here illegally, must report income and pay taxes. Because illegal aliens are not supposed to have a social security number, the IRS created the individual taxpayer identification number, ITIN. A 9-digit ITIN number issued by the IRS provides both resident and nonresident aliens with a unique identification number that allows them to file tax returns.

This ITIN number is backfiring in a big way. Each Spring, many illegal aliens are now eagerly filing tax returns to take advantage of the Additional Child Tax Credit using their ITIN numbers to get huge refunds from the IRS.

“We’ve seen sometimes 10 or 12 dependents, most times nieces and nephews, on these tax forms,” the whistleblower told Eyewitness News. “The more you put on there, the more you get back.”

The whistleblower has thousands of examples, and he brought some of them to 13 Investigates. The examples show that the tax filers had received large tax refunds after claiming additional child tax credits for many dependents.

WTHR spoke to several illegal aliens who confirmed it was easy to get the tax loophole credit.

One of the illegal aliens admitted his address was used this year to file tax returns by four other undocumented workers who don’t even live there. Those four workers claimed 20 children live inside the one residence and, as a result, the IRS sent the illegal immigrants tax refunds totaling $29,608.

13 Investigates asked the illegal alien why illegal aliens should receive tax credits for children living in a foreign country.

“If the opportunity is there and they can give it to me, why not take advantage of it?” the illegal alien responded.

Several of the illegal aliens told WTHR they were told it was legal for them to claim the tax credit for a child who does not live in the United States.

According to Russell George, the United States Department of Treasury’s Inspector General for Tax Administration (TIGTA), the IRS has known about this scheme for years.

“The magnitude of the problem has grown exponentially,” he said.

What George finds even more troubling is the IRS has not taken action despite multiple warnings from the inspector general.

“Millions of people are seeking this tax credit who, we believe, are not entitled to it,” said the Inspector General. “We have made recommendations to the IRS as to how they could address this, and they have not taken sufficient action in our view to solve the problem.”

The IRS tells WTHR it can do nothing to change the current system unless it gets permission from Congress. In other words, according to the IRS, closing the loophole would require lawmakers to pass a new law specifically excluding illegal immigrants from claiming additional child tax credits.

Congressman Dan Burton (R-Ind.) is frustrated and ready to act.

HR 1956 has sat idle in the House Ways and Means Committee for almost a year.

However, language from the bill is now included in a package of proposed budget savings measures that House lawmakers are expected to consider in May. While the budget package may have enough support to pass the House, it is expected to die a quick death in the Democratic-controlled Senate.

“This should not be a partisan issue because we’re all concerned about saving taxpayer dollars and not wasting them on fraudulent things like this,” said Rep. Burton.

It is not just Republicans who are concerned about the issues, Democrat Senators have taken action as well.

Last fall, Senator Claire McCaskill (D- Mo.) sent a letter to IRS Commissioner Douglas Shulman asking him to stop the agency’s payments of additional child tax credits to undocumented workers. “This is deeply problematic and must be remedied,” the senator wrote.

“I’m a taxpayer, and the thought of me paying for 24 people who are living in one trailer boggles my mind, especially when you tell me most of them are still living in Mexico. That’s unconscionable.” said Rep. Burton.

“It’s cheating the American taxpayer,” Burton said. “We all believe in humanity and humanitarianism, but we’ve got a $15 trillion national debt. We can’t subsidize the whole world.”

For more information on this story and to see what you can do about HR 1956, read WTHR.

Only in Obama/Holder America.. the government picks and chooses which laws to enforce, and which to ignore.  This is just one more example of the fraud within our government.

from Americans For Prosperity Blog…

It’s bad enough that the U.S. spends $3 billion every year on subsidies to prop up American cotton farmers. Such payments enrich agri-businesses at taxpayer expense, hurt consumers while causing cotton prices to rise, and stand in the way of free trade and the free market.

But did you know that the U.S. also spends nearly $150 million of your taxpayer dollars each year to pay off Brazilian cotton farmers? It’s all part of an absurd scheme detailed in our recent blog post: U.S. Pays Off Brazilian Cotton Farmers to Prop Up U.S. Cotton Industry

Special handouts to cotton farmers—both abroad and here at home—are just a few of several examples of wasteful subsidies that should be on the chopping block, and fortunately Congress will get a chance to take a swing at them summer.

Every five years Congress reauthorizes the various farm subsidies paid out by the U.S. Department of Agriculture in one giant bill—a grab bag of handouts to big agri-businesses and special interests. Given that the last “Farm Bill” was enacted in 2008, debate over the next one will be heating up on Capitol Hill in the coming months.

Eliminating ill-conceived farm subsidies not only takes the government’s heavy hand out of our economy, but it can also save significant amounts of taxpayer money. One proposal by Senator Tom Coburn (R-OK) would cut back on these special handouts and save $136 billion over the next decade, all while maintaining a safety net for farmers.

Whether it’s in “green” energy or in agriculture, picking winners and losers has never proven to be a wise use of taxpayer dollars. Keep an eye on Congress as they debate the Farm Bill this year—voices like yours demanding an end to wasteful subsidies could make a huge difference.