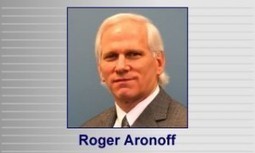 The Obama Administration has put high-speed rail at the forefront of its infrastructure policies, but in reality it’s a slow-moving target for criticism. “Ask any CEO where they’d rather locate and hire: a country with deteriorating roads and brid…

This "High Speed" light rail is nothing more than a trough for a very narrow interest groups that stands to receive transfers of billions in taxpayer’s hard earned income in the form of new taxes.  Politicians continue to push for this graft, as these as portions of these enormous funds are funnled back in the form of "campaign contributions" by the narrow interests.  We are abusing our system beyond belief.. and all of it is the result of that painfully obvious that the Timothy of the Bible was right, "For the love of money is the root of all kinds of evil".

We now have the "best" government that money can buy.  It’s pathetic how we have placed so many deceitful men and women into positions of power and influence, only to watch them pour fuel on the fire while watching "Rome Burn".