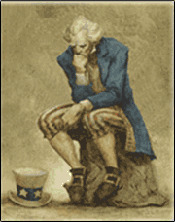 In mid-2012, the World Congress on Justice, Governance and Law for Environmental Sustainability (WCJGLES) was held in Brazil. The goal of the congress was to

“contribute to the support of Chief Justices, Attorneys General, Auditors Generals and other legal experts to the achievement of sustainable development and to provide inputs to the United Nations Conference on Sustainable Development Rio +20.” continued…

Authoritarian regimes- members of the farcical United Nations-  are intent upon imposing their authoritarian views on America.  Here is a recent example of that effort.  The last thing Globalists want is for America to remain free from their clutches and want desparately to bring America down so that they can plunder at will. 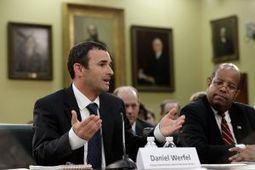 Many will say that it is half time and we are in the locker room trying to figure out a game plan to make a comeback. I will now tell you that it is really late in the 4th quarter and we are in serious trouble. It is time to pull the scrubs and put in the A-team. It is now time to use our trick play. While you are scratching your head and trying to figure out the trick play, I will say that I will not tell you the play. I will tell you where the play is written. READ THE CONSTITUTION!

When all else fails, there is the Constitution which outlines what our rights and responsibilities are. Thank God for our founding fathers and the Constitution. Part of the Gettysburg Address, “That this nation shall not perish from the earth”!
Do you want your heirs to look back on this time and say, what were my father, mother, grandfather, or grandmother thinking and doing? Why did they not see this happening and stop it?
Or would you rather be remembered as the generation that made a stand for God and country, and persevered and prevailed? Only you can answer these questions.
At this moment in time, you are either a friend of our nation or an enemy. Decide where you stand and why. May God have mercy on us all.
Read more: http://www.912communique.com/forum/topic/show?id=3397719%3ATopic%3A174368&xgs=1&xg_source=msg_share_topic#ixzz1odQBpwGu

WWII ended with Japan cities being devastated.  What has happened since then, both in Japan and in the USA?

I seem to recall being told that radiation lasts thousands of years.

We all know that   Hiroshima   and   Nagasaki were destroyed in August 1945 after the explosion of atomic bombs.  However, we know little about the progress made by the people of that land  during the past 65 years.

America….. Where unions destroy industries and jobs, while corrupted politicians substitute government welfare for those jobs, inviting wide dependency for hand outs for their “livelihood”.  You have eyes- use them to discern the fallout that always follows elitist, liberal social engineering policy and Union distortion of free markets.  The entire community where unions are allowed to dominate become ghetto’s, driving jobs overseas and bringing the next set of parasites.. corrupt politicians who “help” by creating an entire community that becomes welfare dependent, bring even more despair, crime and social backwardness.
DETROIT– 65  YEARS AFTER HIROSHIMA

What has caused more long term destruction… the  A-bomb, or U. S.  Government welfare programs created to buy the votes of those who want someone to take care of them?

Japan  does not have a welfare system.

“Red Army: The Radical Network that must be defeated to save America” contains new information about Secretary of Education Arne Duncan’s own radical ties while revealing how stimulus funds also went to a school founded by the mother of top White House adviser Valerie Jarrett.

In one revelation, the book details how the American Recovery and Reinvestment Act of 2009, or ARRA, provided $650 million to the Investing in Innovation Fund, or i3, as it is called. That year, Duncan announced his agency was accepting applications for i3 grants from educational nonprofits, individual school districts or groups of districts.

The winning i3 grantees included the Erikson Institute in Chicago, which requested just shy of $5 million for its project, “Achieving High Standards for Pre-K-Grade 3 Mathematics: A Whole Teacher Approach to Professional Development.”

“Red Army: The Radical Network that must be defeated to save America” exposes the extremists behind Occupy Wall Street along with the radical socialist network that seized political power in Washington over decades, shaped Obama’s presidential agenda and threatens the very future of the U.S.

One of the three faculty founders, and president of the institute from 1994 to 2001, is Barbara Taylor Bowman, the Irving B. Harris Professor of Child Development. Bowman is the mother of Valerie Jarrett.

In December 2009, Duncan honored Bowman at a luncheon. Bowman served as Duncan’s consultant on early learning for the first six months after he was named secretary of education.

Others in Obama’s orbit associated with the Erikson Institute include one of its former trustees and members of the executive committee – the late Thomas Ayers, father of Bill Ayers. Dohrn, Bill Ayers’ wife, also served on the Erikson board.

In his 1998 book “A Kind and Just Parent: The Children of Juvenile Court,” Ayers calls Bowman a “neighbor and a friend.”

Obama had earlier connections to Erikson, Klein and Elliot found. The Erikson Institute was among the first 35 school partnerships awarded funds in December 1995 by the Chicago Annenberg Challenge. Ayers was a founder of the Challenge; Obama was hired in 1995 as the group’s first chairman.

Obama and Ayers worked on education together since at least 1988.

That year, in response to a Chicago summit that documented the poor quality of education in the city, Chicago United, a group founded by Ayers’ father, formed a community advocacy coalition called the Alliance for Better Chicago Schools, or ABC. Thomas Ayers was the chairman and CEO of Commonwealth Edison.

When he created his ABCs Coalition in June 1988, Thomas Ayers included Obama in the coalition, Klein and Elliott found. Obama at the time was director and lead organizer of the Developing Communities Project, or DCP, an institutionally based community organization on Chicago’s Far South Side. Obama’s first job in Chicago was his DCP position.

The contact for the ABCs Coalition, on which Obama served, was none other than Bill Ayers himself, who at the time was at the University of Illinois at Chicago.

“Red Army” further documents how Obama’s DCP included on its board Bill Ayers’ brother, John Ayers, also a key player in Chicago’s school reform movement. John Ayers is now vice president and treasurer of the Carnegie Foundation for the Advancement of Teaching.

Archived papers from former Chicago mayor Harold Washington show that not only Ayers but also Rev. Jeremiah Wright and Father Michael Pfleger – Obama religious advisers who were controversial during the 2008 presidential campaign for their inflammatory remarks – were on Obama’s DCP youth counseling advisory committee.

The book documents how Obama and progressive Democrats are deliberately overloading the U.S. financial system, using socialist designs to remake the economy.

With nearly 1,500 endnotes, it documents how these radicals aim to remake the American financial system with massive government control.

Just one more example showing how the abuse of the American Treasury and American Taxpayer is “business as usual” in the Obama administration. Another in a long list of ways “Big Government” is the sponsor of corruption in virtually every sector of American society. The abuse promises to get even worse if these corruptocrats are re-elected and remain in control of your checkbook.

The Oregon Health Authority (OHA) attempted to impose new oppressive and capricious rules on Oregon camps (e.g. youth camps, scout camps, summer camps, day camps, nature camps, science & athletic camps) that would only apply to PRIVATE camps but NOT government camps! Enforcement is farmed out to county inspectors who are not consistent, who often are too adversarial and who sometimes make camp owners comply with things not even in the rules. The cost of compliance with the mindless detail in the regulation is forcing camps out of business. Some common sense is needed.

Last spring Senator Betsy Johnson (D-Scappoose) and I were approached by several organizational camp owners seeking relief from what they described as oppressive and even capricious administrative rules being enforced by the Oregon Health Authority (OHA). The OHA is an agency with a multibillion dollar annual budget whose regulatory tentacles reach into nearly every aspect of our daily lives. Moreover, the camp owners told us that at that time OHA was in the process of drafting some thirty four pages of amended rules that would make compliance even more difficult and expensive. Continue reading →

This is another example for why we must resist the urge by government to dominate the people. An ever enlarging and power hungry government is always a more intrusive and tyrannical government… wanting to control and take decisions away from the citizens. Government insists on imposing policies which, in ever increasing instances, are designed to overpower the freedom and liberty which made this country special and so attractive.

Who, or What’s next? This article is just one more example of the decline or elimination altogether of morality in our American culture. Many Government schools have become sewers, filled with “instructors” who’s main objective is to promote and reward Licentious behavior, while mocking and threatening anyone who dares object to immoral behavior or promotions. When man turns away from the Truth, he becomes consumed with fleshly pursuits and licentiousness. This person, Kimberly Lindsey, is lost and deeply self absorbed. People behaving like her are well documented throughout history: