A former high-ranking Obama administration official says climate science and the implications of global warming are not “settled,” insisting such claims are “misguided” and stifle debate on the matter.

Even a former Obama official grudgingly acknowledges … the science is NOT settled.  The facts simply don’t support the man made climate model.. which means their model is simply wrong. 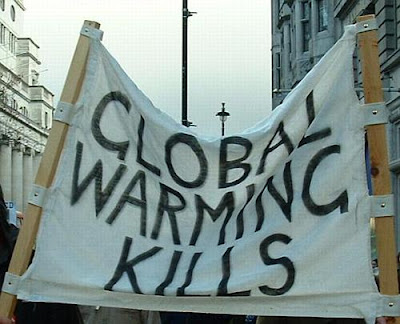 For a critical look at how corruption has infiltrated Big Government and their Cronie Socialist partners.. Once again, just follow the money. It’s no secret what corruption like this is all about.. the age old schemes designed to steal wealth and consolidate power over the masses. Nothing has changed in the nature of man. Now, even America is under full assault by corrupt and power hungry Marxists who have designs on each American’s individual freedom and liberty.. not to mention a determination to squash all hopes for self reliance and independence from the State.

We should all want to be wise and careful stewards of the beautiful planet we call home. But most of us realise that humans in general are not being good stewards. We are wasteful with our natural resources and have reduced biodiversity. Therefore, when we read about groups and organisations calling for a ‘green revolution’ and a new relationship between humanity and nature it is easy to agree with their ideas.

However, certain aspects of the modern green movement that is permeating every segment of our society are not about protecting the environment. You don’t have to dig very deep to discover the true beliefs of the influential leaders who are using genuine concerns about the environment to promote an agenda of fear and control. Please carefully consider the implications of the opinions that they so openly and freely express:

(references and sources for the quotes below can be found here)

“The common enemy of humanity is man.
In searching for a new enemy to unite us, we came up
with the idea that pollution, the threat of global warming,
water shortages, famine and the like would fit the bill. All these
dangers are caused by human intervention, and it is only through
changed attitudes and behavior that they can be overcome.
The real enemy then, is humanity itself.”
– Club of Rome,
premier environmental think-tank,
consultants to the United Nations ~~~~~~~~~~~~~~~~~~~~~~~~~~~~~~~~~~~~~~~~~~~~~~~ “We need to get some broad based support,
to capture the public’s imagination…
So we have to offer up scary scenarios,
make simplified, dramatic statements
and make little mention of any doubts…
Each of us has to decide what the right balance
is between being effective and being honest.“
– Prof. Stephen Schneider,
Stanford Professor of Climatology,
lead author of many IPCC reports ~~~~~~~~~~~~~~~~~~~~~~~~~~~~~~~~~~~~~~~~~~~~~~~

“The climate crisis is not a political issue, it is a moral and
spiritual challenge to all of humanity. It is also our greatest
opportunity to lift Global Consciousness to a higher level.”
– Al Gore,
Nobel Peace Prize acceptance speech

“The emerging ‘environmentalization’ of our civilization
and the need for vigorous action in the interest of the entire global
community will inevitably have multiple political consequences.
Perhaps the most important of them will be a gradual change
in the status of the United Nations. Inevitably, it must
assume some aspects of a world government.“
– Mikhail Gorbachev,
State of the World Forum ~~~~~~~~~~~~~~~~~~~~~~~~~~~~~~~~~~~~~~~~~~~~~~~

“The alternative to the existing world order can only
emerge as a result of a new human dimension of progress.
We envision a revolution of the mind, a new way of thinking.“
– Mikhail Gorbachev,
State of the World Forum ~~~~~~~~~~~~~~~~~~~~~~~~~~~~~~~~~~~~~~~~~~~~~~~ “We require a central organizing principle – one agreed to voluntarily.
Minor shifts in policy, moderate improvement in laws and regulations,
rhetoric offered in lieu of genuine change – these are all forms of
appeasement, designed to satisfy the public’s desire to believe that
sacrifice, struggle and a wrenching transformation
of society will not be necessary.”
– Al Gore,
Earth in the Balance

“A massive campaign must be launched to de-develop the
United States. De-development means bringing our
economic system into line with the realities of
ecology and the world resource situation.“
– Paul Ehrlich,
Professor of Population Studies

Written over a year ago.  The past year or so has proven how accurate the facts were reported.. contrary to the fiction exposed in climategate.

Even the British have decided the mann made global warming fantasy should be put into the dust bin. Sorry, the UN may need to start looking for another cover for it’s desire to make America taxpayers submit to extortion. Mann Made Global Warming was such a useful tool for arguing that developed nations should pay a tax for their profligate generation of CO2.. The claim that CO2 is a “pollutant” is ludicrous to even introductory students. Brittain has decided to restore honesty to it’s education when it comes to the climate fraud that was fundamental to the UN effort to steal from America.

If you’re thinking of becoming a Republican presidential candidate – and who isn’t these days – you can plan on being pressed on the climate issue. In the wake of last week’s new report from a panel of the National Research Council (NRC) reiterating its old talking points on climate, The Washington Post editorialized that all (read “Republican”) candidates for political office should be quizzed about whether they agree with the “scientific consensus of America’s premier scientific advisory group.”

Although this threat is intended to intimidate Republicans who tend toward queasiness when confronted with environmental issues, the attack is easy to parry and then even to counterattack – that’s why Al Gore and his enviros duck debating so-called “climate skeptics.”

First, let’s dismiss a couple of faulty premises of The Post’s editorial.

While it is true that the NRC operates under the umbrella of the National Academy of Sciences, the NRC panel that authored the report has nothing to do with the prestigious individual scientists who make up the National Academy of Sciences membership. NRC panels are highly politicized and often stacked, and no climate skeptics were included in the panel that wrote last week’s report.

Next, science doesn’t work on a consensus basis. We don’t accept that the Earth revolves around the Sun because most scientists or a group of scientists have agreed to say so. Science is driven by data, not groupthink.

In actuality, the NRC report is more an exercise in political science than climate science.

Skeptics don’t deny global warming or climate change. We think the atmosphere probably has warmed slightly and on an average basis over the past 200 years (for unknown reasons) and we recognize that climate is changing continually, albeit slowly.

We don’t agree, however, that man-made emissions of carbon dioxide (CO2) and other greenhouse gases are having either detectable or predictable effects on climate – and we have at least two key means of establishing this point.

First, atmospheric CO2 concentrations have increased by about 8 percent or so since the mid-1990s. According to climate alarmists, this should have caused measurable global warming. But none has been observed, a fact that finally was admitted by climate alarmists in the wake of the Climategate scandal.

Next, if it were true that global temperature was so sensitive and dependent upon atmospheric CO2 levels, then climate models (essentially elaborate scientific formulas) could be constructed to predict accurately the temperature effects from changing CO2 levels. But not only do existing models not predict the future temperature, they can’t replicate the past when historical data is put through them.

But shouldn’t we err on the side of precaution and reduce emissions anyway? As the U.S. Environmental Protection Agency already has demonstrated and admitted, we could shut down the United States in terms of CO2 emissions for 100 years and we would make precious little difference in the atmospheric CO2 level – possibly on the order of 5 percent.

Given that an 8 percent increase in CO2 over the past 15 years has amounted to zero global warming, candidates would be on firm ground wondering whether it’s worth wrecking the economy over a 5 percent increase over 100 years.

Candidates should not fall for bogus distractions like melting polar ice, threatened polar bears, bad weather and the like.

The Washington Post wants candidates to be quizzed on what they would do about “the rising seas, spreading deserts and intensifying storms that, absent a change in policy, loom on America’s horizon.”

Natural disasters, topographic changes and population booms and busts have always occurred and will continue to occur. None of these phenomena can be tied scientifically to man-made emissions of CO2. So they are simply irrelevant sideshow issues.

Carbon dioxide should not be referred to as a “pollutant.” It is colorless, odorless and tasteless and is an essential nutrient for plants and, therefore, humans. Alarmists call it “carbon pollution”; the rest of us call it “life.”

One last science point is the Climategate scandal. Alarmists claim that numerous subsequent investigations of the matter by independent groups have failed to uncover wrongdoing or faulty science, but none of these whitewashes were truly independent or anything more than superficial. No input from skeptics, even those mentioned in the emails, was included.

None of this is difficult to learn and articulate. Yet ask almost any Republican politician about any of this, and the best you can hope for from them is an expression of concern about jobs and the fact that China and India aren’t cutting their emissions.

While those are true and valid points, they, too, are sideshow distractions. The central point of the science debate is whether man-made CO2 emissions are causing harm. There is no evidence that they are.

“What if you’re wrong about the science?” or, “Shouldn’t we err on the side of better-safe-than-sorry?” you may be asked. Of course, it’s the alarmists who need to be second-guessing themselves. They’ve been wrong repeatedly and never right since they started forecasting climate doom almost 25 years ago. Give them no quarter.

Steve Milloy publishes JunkScience.com and is the author of “Green Hell: How Environmentalists Plan to Control Your Life and What You Can Do to Stop Them” (Regnery 2009).